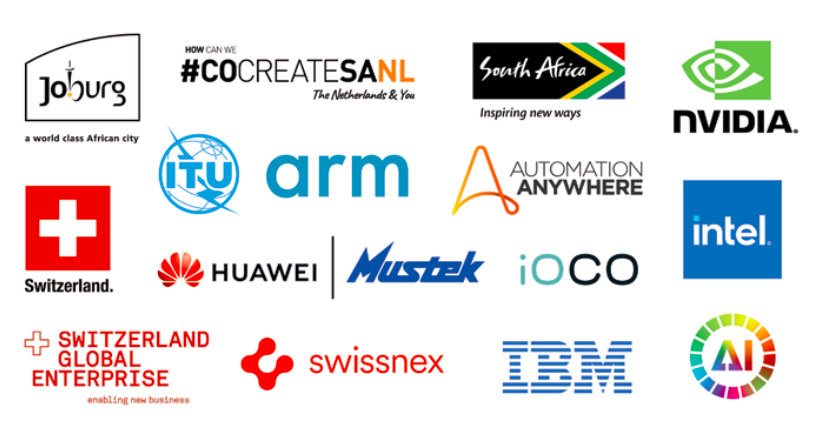 A big thank you to our premium sponsors

With delegates from South Africa, USA, UK, Namibia, Switzerland, Botswana, India, Zimbabwe, Zambia, Poland, Estonia, Kenya, Brazil, Lesotho, Mauritius, Italy, UAE, Japan we had another truly diverse mix of countries attending, which given the legacy of COVID19 was a great turn out. 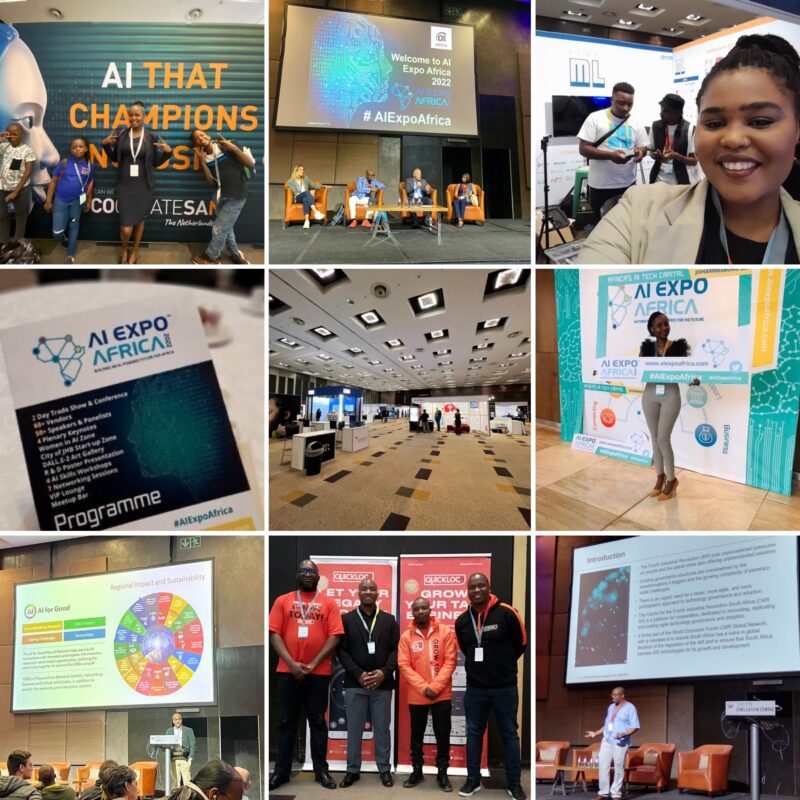 The show was packed with new innovations such as an industrial robot showcase from Johannesburg Start-up Ctrl Robotics who have created unique software to work with service robots that are deployed in hospitals and hotels. Star of the show was Spot the robot via the University of Johannesburg who have been working with the Boston Dynamics robot platform that resembles a dog and deployed in various scenarios such as surveillance and industry inspections.

City of JHB Tourism Company supported our JHB SMME Pavilion which was a great success and the feedback from those SMMEs was extremely positive. The Technology Innovation Agency hosted 4 tech SMMEs in their booth and all of them attracted significant interest from buyers and partners. 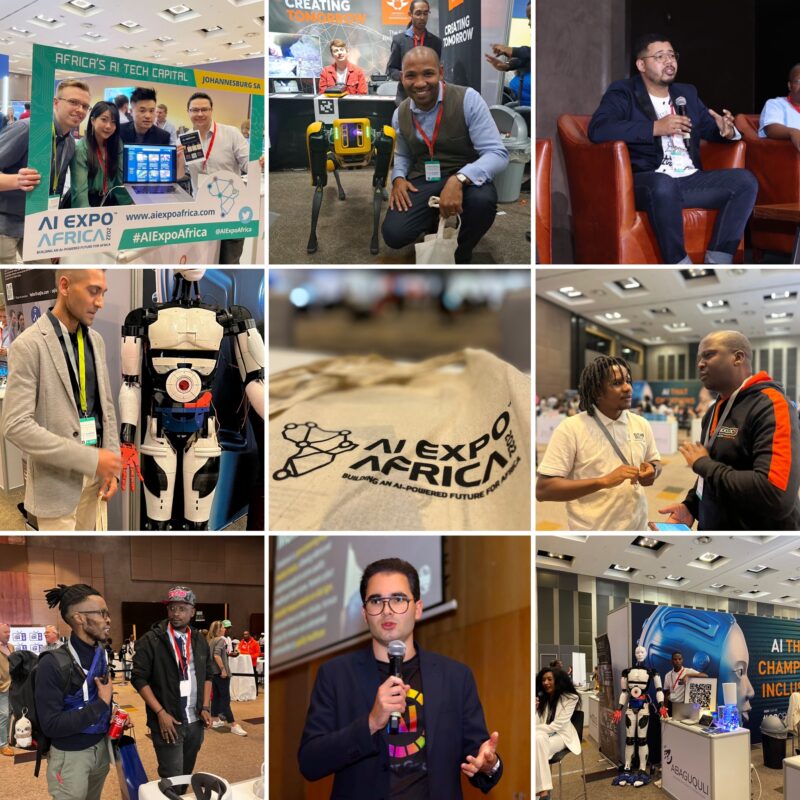 JSE-listed Pepkor are paying off, helping the group to drive retail success and agile business operations. This is according to Venette Van Zyl De Villiers, Pepkor head of data and analytics, who says the group’s expenditure on new technologies brought a “real value contribution” and gave an great talk at the show.

A new partnership between global tech giant Arm and their (E3)NGAGE programme with Mobile Applications Laboratory (mLab) in South Africa was announced and aims to bolster the local skills development landscape by enhancing access to hardware, software, digital tools and training opportunities. 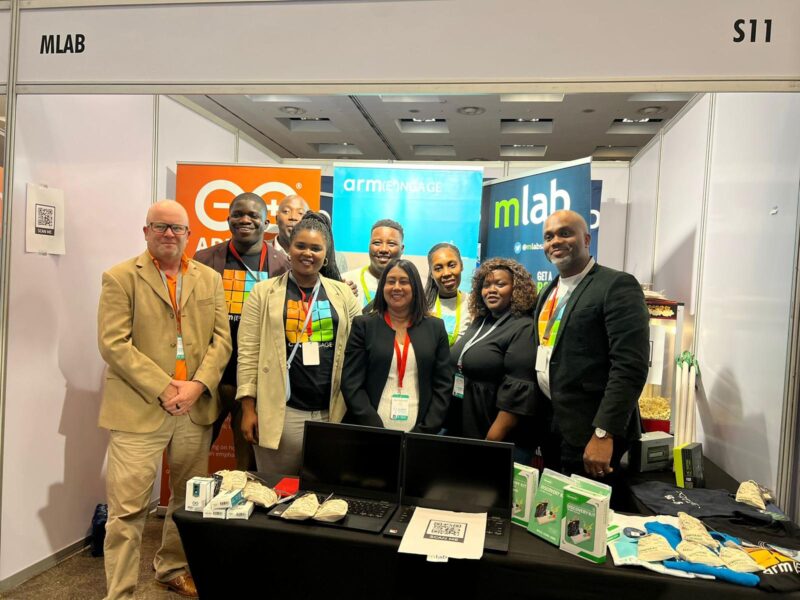 Presentation by UN ITU Global AI4Good Leader Fred Werner focused on the role of AI in Africa and solving the UN SDGs.  They made multiple contacts and the offer of a Africa Pavilion at the 2023 AI4Good summit was annoyed and will now be facilitated by AI Media helping take Africa / SouthAfrica AI innovators to the show.

Brazilian tech start-up BotCity travelled from Brazil to showcase their latest offerings as did Social Lab from Lebanon as both see South Africa as a gateway to the Africa region and announcing their new products.

AI Media presented the newly launched State of AI In Africa Report which draw significant interest in terms of the breadth and depth of the analysis and which also promoted SA / JHB / Gauteng as No.1 on the continent for AI jobs, investment and number of SMME suppliers.

Interviews from the show floor

Several VCs reporting they had identified local tech companies they wanted to invest in, suppliers reported significant interest from buyers too and we were aware of a local tech integrator actively seeking acquisitions.   From the vendors we had a chance to speak to, all reported solid lead generation from the show for follow up.

Arm, NVIDIA, Intel and Izwei ran youth workshops which had a good showing.  Several schools sent young delegates and the programme was a great success reaching 246 students and youth learners.  Our female delegate attendance reached 31% which is higher than tech event benchmarks – this was underpinned by the Women in AI zone being sponsored by the Dutch Embassy.  Several youth focused community leaders attended and reported positively on the show 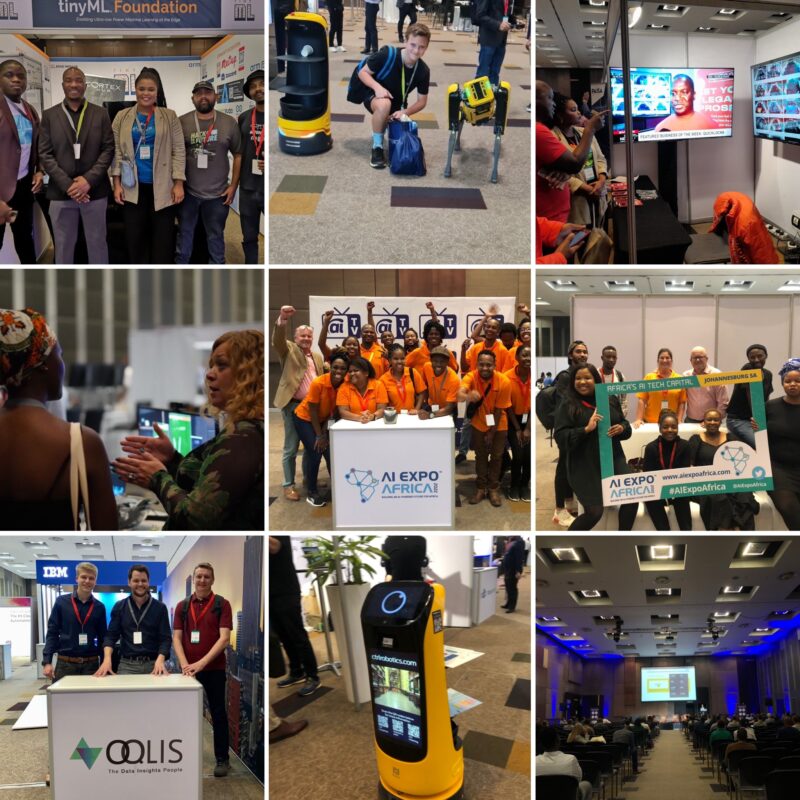 Given the recent challenges we have all endured, the return to in-person trade events has been truly welcomed and moving the show to Johannesburg with the support of the City of Johannesburg Tourism Company has brought us closer to a bigger audience in the Gauteng & Tshwane region.  This can only be a positive step forward for the growth of our community.

Dr Nick Bradshaw, CEO & Founder of AI Expo Africa stated, “This was our 5th Anniversary Edition and first after COVID19 and we had a great turn out – the buzz from the show floor was amazing as people re-connected, shook hands and marvelled at the progress that has been made in the African AI Ecosystem since the end of 2019.  The show was attended by 60+ vendors & 50+ speakers and also hosted a Women in AI Zone, the Johannesburg Tourism Company SMME Pavilion, a Start-up Zone, a University R&D Poster Zone, an AI generated Art Gallery plus seven networking sessions and four AI Skills workshops aimed at young people, students and entrepreneurs, giving them a free learning experience from the likes of NVIDIA, Arm and Intel.  It was a great success and our biggest in person event to date.”