CAPE TOWN 20th March – Robotic Process Automation (RPA) pioneer and market leader UK firm Blue Prism has opened a local office  in Cape Town, formalising its presence in South Africa where it has been working since 2016.  The firm develops digital workforces for enterprise  – which are available in the cloud, on-premise or as integrated Software-as-a-Service (SaaS) solution – which automate complex end-to-end processes that drive digital transformation. 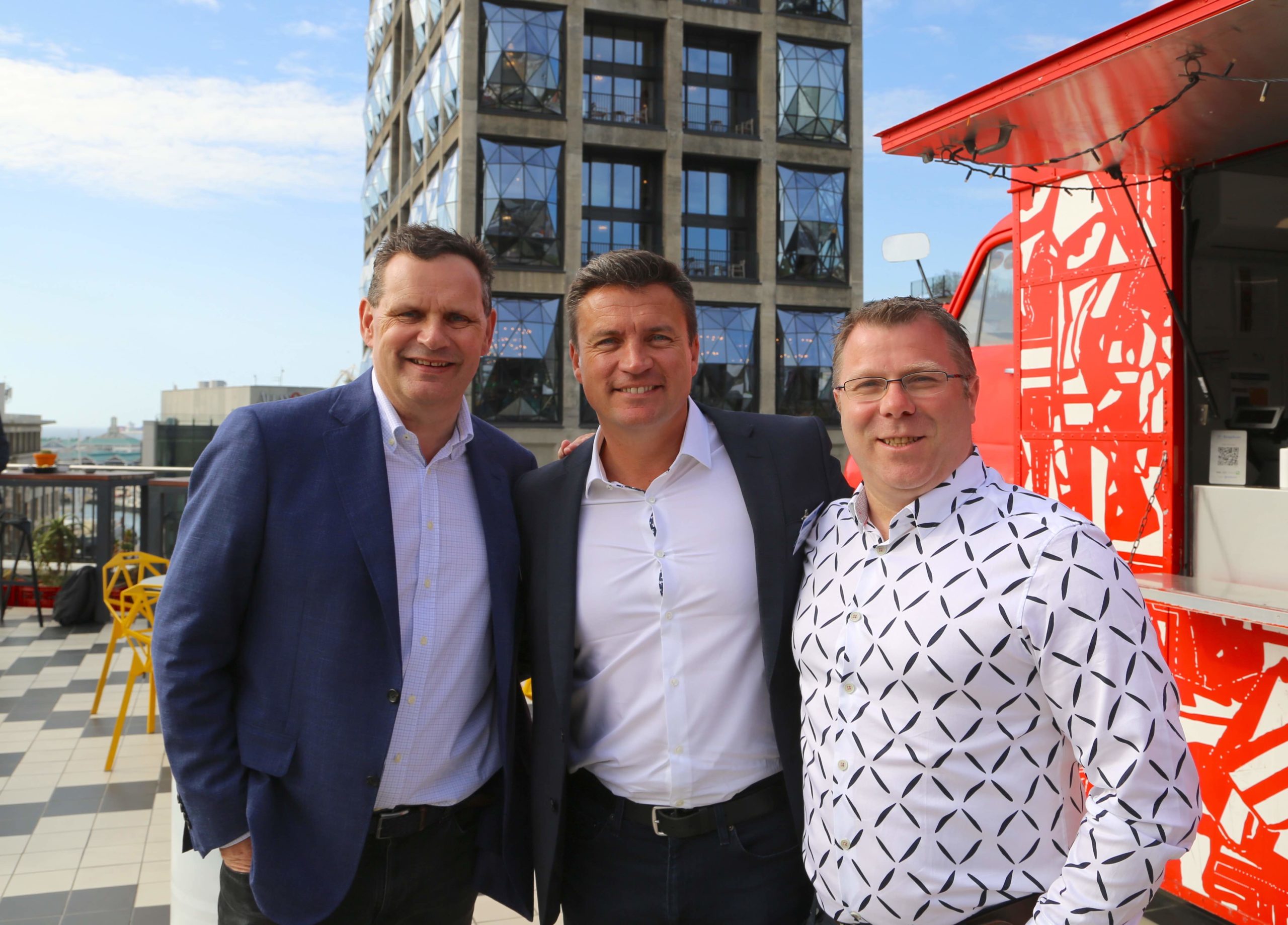 Speaking on the sidelines of Blue Prism’s launch event held in Cape Town on 12 March, Blue Prism CEO EMEA Brian Mort said the company does a lot of business in South Africa, making it the best place for the firm to be based in on the continent. He pointed out that the company’s customers and partners in the country include PwC, IBM, Accenture, E&Y as well as Cape Town based firms DigiBlu and Clevva.  Blue Prism’s other clients include Old Mutual, Nedbank and the First Rand Group.

“We’ve had customers here (in South Africa) for a long time now. With over 30 large customers in the region, arguably we should have been here a little while ago but it’s a good time now because our customers are growing fast, the adoption of this technology and this industry space is multi-billion size and it’s only growing 100% year-on-year really over the next two or three years,” said Mort.

Mort pointed out that the company – which was founded by two former Barclays Bank employees in 2001 – has grown 100% year-on-year in the last five years, growing from about 200 employees to over 1 000 in the last 18 months.

“We serve customers in a 140 different countries in virtually every industry. The dominant ones are banking, finance, insurance, telco markets – that would probably make up about 40% of all of our global turnovers, but every other industry as well, including medical and certainly in South Africa mining is another big area for us,” he added.

Most big companies in the world, he said, have adopted some kind of automation strategy, with many currently going through their first phase before they grow.

“In South Africa there’s been an amazing growth and strategy already because the skills, the talent on the ground is here, the big banks, the big insurers and so forth have their own skilled workforces and have augmented these with a robotic strategy for delivery and implantation.  “They’ve moved very fast into the second and third phase of growth. So it’s a very exciting time for us in the markets here,” said Mort. 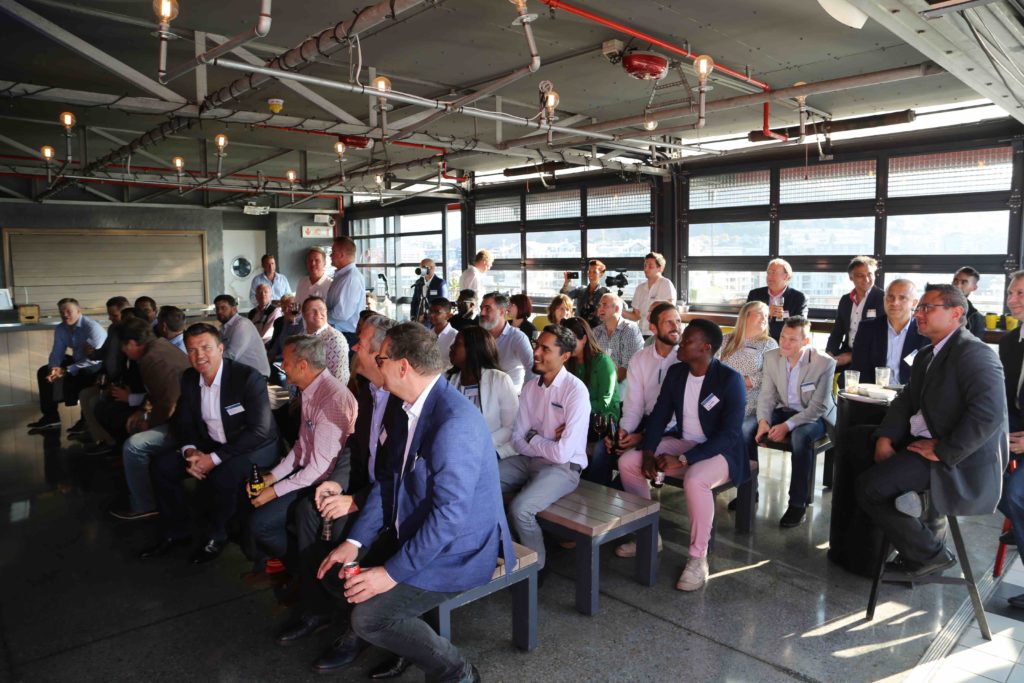 Greg Newton, Blue Prism country manager for South Africa, said the firm’s strongest vertical is currently in financial services, which he said isn’t a surprise given that the firm grew out of a bank.

“Our first customer was a bank, Barclays Bank in the UK, and so the Blue Prism platform was designed from first principles to be fit for a Tier-1 bank – so security, auditability, scalability, governance – all of those types of things were designed upfront and it sits in a data centre, not in a desktop.

“That foundation is there, and while that makes us very strong in the banking world – because that is a fundamental part of what they need – everyone else cares about security, auditability and controls as well,” said Newton.  Newton said Blue Prism’s biggest South African clients are Nedbank and Old Mutual.

He added that while the company has strengths in the financial services – because of its history – that has given it a “really good springboard” into many other industries.

“We see especially here telco is another very strong area, also the mines, resources, we’ve got Exxaro, who are a great customer of ours here, but then what we are really talking about is large enterprises with loads of data and loads of legacy systems –  that’s where Blue Prism really sits very well,” he added.

Newton said having an office in South Africa gives Blue Prism a “very good” launchpad to support clients in other regions of the continent.  Blue Prism’s opening of a local office in the country is also set to encourage innovation and knowledge-sharing around the field of RPA through the firm’s Digital Exchange (DX) which the firm established last year.  The online platform offers pre-built AI, cognitive and advanced RPA technologies which are applicable to Blue Prism process automation.

As the pioneer and market leader in Robotic Process Automation (RPA), Blue Prism is the trusted, secure choice for Intelligent Automation available on-premises, in the cloud, or as an integrated solution in a hybrid cloud environment.Blue Prism brings you the connected-RPA Platform, an advanced technology ecosystem that puts the power of accessible, advanced cognitive technologies in the hands of your operational leaders. Learn more at https://www.blueprism.com/who-we-are/

About The AI Media Group

The AI Media Group is a 4IR focused media, events, analysis & consulting business with 3000+ community members and curators of AI Expo Africa, the largest B2B trade focused Artificial Intelligence, RPA & Data Science business conference in Africa. The 2020 edition of AI Expo Africa will run on 3rd-4th September 2020 at the world-class Century City Conference Centre, and builds upon the phenomenal success of the 2018 and 2019 events that cemented it as the largest gathering of its kind, with over 1000+ registered delegates, decision makers, investors, buyers, suppliers, innovators, SMBs and global brands in the region. Those looking to attend the conference can save up to 30% on a super early bird tickets here https://www.quicket.co.za/events/85507-ai-expo-africa-2020/#/